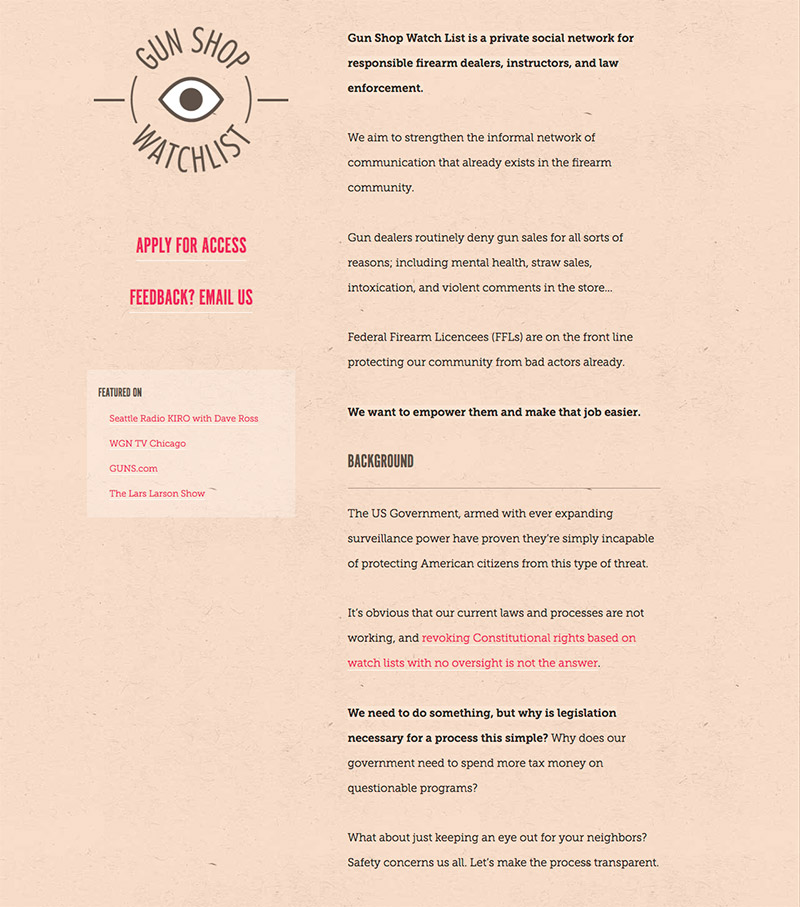 What if gun stores could share information with each other to help prevent bad actors from accessing firearms and then harming the public?

How would a private social network to prevent gun crimes be received by the firearm community?

I did the dirty work to find out. 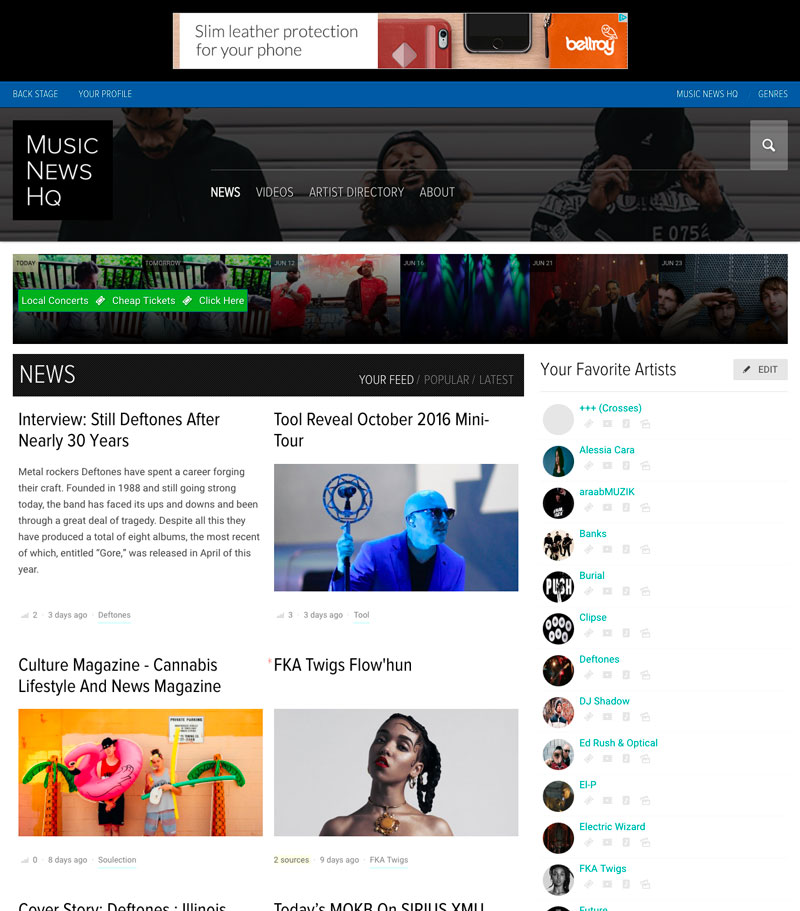 MusicNewsHq was a network of automated entertainment sites. It operated from 2011 until 2016.

Originally it was a SEO play; a way to drive traffic to a now-defunct song lyrics website. Over time it's become an active hub for following your favorite music artists.

MNHQ was always more popular than the lyrics site it was intended to funnel traffic towards, so I kept it alive even after shutting down the former. At that time MNHQ was costing me virtually nothing to host and was a personal playground for technology exploration.

This post details the successes and failures of the project.