The Pros And Cons Los Angeles

The Pros And Cons is a streetwear company based out of Los Angeles, CA. The founder is a friend, and I've helped run their web store for some time now using Substruct. 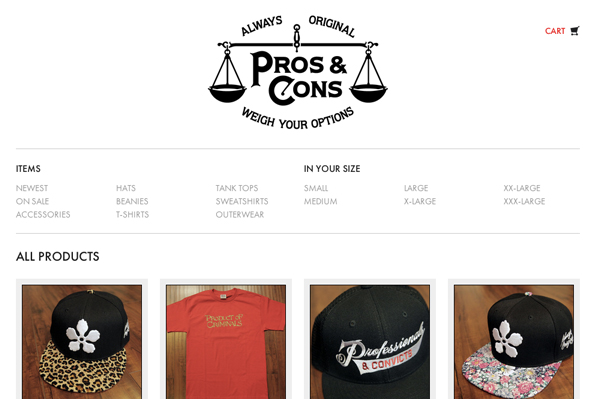 The old site was getting a bit long in the tooth, so I took a few days to update the look and feel, utilizing the ever useful Typekit, and the responsive CSS framework Gumby. 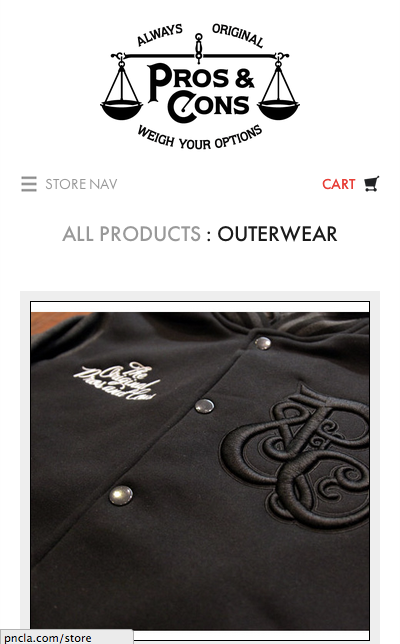 Gumby's grid makes it stupid easy to get a site looking wonderful on your phone, tablet, and computer. I don't really care too much about their UI components or form helpers - but the grid layout stuff and responsive image support is top notch. (More on that in a future post...)

Speaking of long in the tooth, Substruct in it's current incarnation is definitely on it's last legs. It's still being used on a number of sites, but devoting my time to other projects has sucked all of the life out of the once fun project.

The code contains some of the first Rails lines I ever committed to an editor and a lot of it works but is not very pretty. I'd love to revamp it, but sadly there's just not enough hours in the day. For now, security patches will have to suffice.