Nomiku is an immersion circulator for the homecook. It uses exact science to cook food perfectly, each time.

Normally, these devices are only found in professional kitchens, and cost a ton of money. The Nomiku team changed that with their very successful Kickstarter campaign in June - July of 2012. 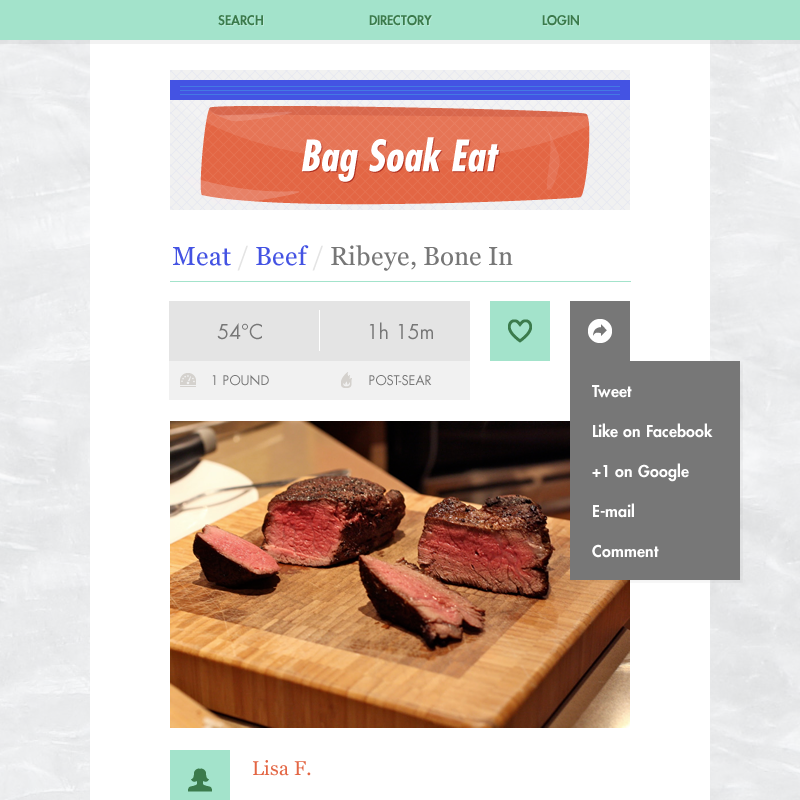 We agreed to develop a responsively designed sous-vide recipe site for them, using Ruby on Rails and the Gumby css framework.

Here you see our original designs, which have been given an overhaul on the production site by their design team. Developing Bag Soak Eat was a fun chance to try out some new technologies, like OAuth integration with Twitter and Facebook to share recipes via social networks. 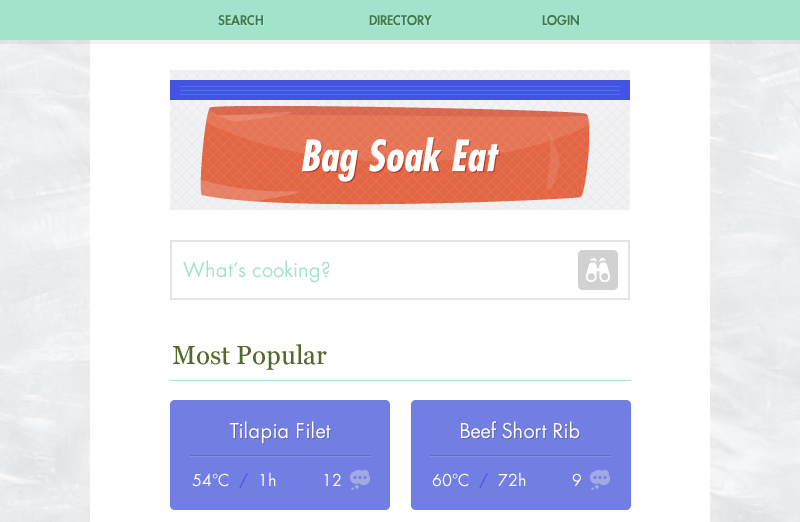 Using OmniAuth, we were able to leverage the user's existing authentications to share that content, then track it on a recipe-by-recipe basis for a more accurate count of activity, instead of just "comments". Activity tracks on-site favorites, comments, likes, and tweets.

Struggling to find developers? Train them yourself.